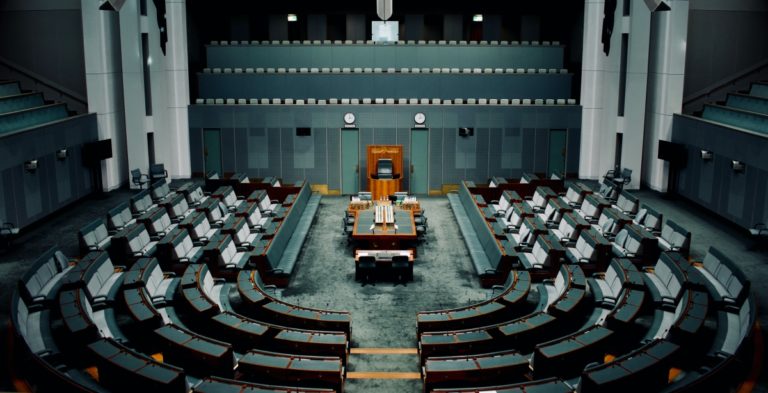 I’ve been thinking of what a shithole the Mirzapur court is. The place reflects so much of what the messed-up parts of India are; there is a certain degree of grimness in the hopelessness of the whole deal. One of the first typically Indian features is that it’s almost always crowded; the road that leads to the court is narrow and the vehicles rashly zoom past one as they walk by. The parking area is near the entrance, which itself is almost always occupied beyond capacity. I can never imagine going in there, driving in a car; every inch of floor space is occupied with carelessly parked vehicles, and absent-minded people walk around there like zombies.

There are four elevators close to the entrance of the building and all of them are almost always full. The little bit of air within is invaded with the rancid stench of sweat and there’s always someone standing pressed close to you. It’s a 10-storeyed building and the extremely slow elevators stop at all floors that they can go to (the elevators are divided; there’s an allotment of sorts). So, god forbid if you have to go to the top floor. Some people get off on each floor but there’s always someone to replace them; they don’t care whether the elevator’s going up or down, they just hop in. That’s because you never know if there will be space within, the next time it stops on the same floor on its way back.

As soon as you get off, the first few things you’ll notice are the stains of paan (betel leaves) spat by people on all the walls of the floor. The stench of sweat is replaced with the stench of piss, since the washrooms are close to the elevators. There are masses of people around but the floor is vast and the corridors are broad, so it doesn’t get that congested. But, because of so much space and fans at various spots, the people waiting for their hearing are comfortably sprawled in various corners of the floor. It’s quite similar to your average Indian railway station.

And, just like in a railway station, there’s also a world of its own, within this place. Peanut sellers are offering 100 grams for 40 rupees. There are people serving tea at the standard price of 10 rupees per cup – they carry a kettle in one hand and a pile of tiny paper cups in the other. There’s also a chana chor seller, with a huge plate within which he carries everything he’s ever going to need – onions, tomatoes, chillies, spices, lemons, and a blunt knife. All of these people, I think, feel perfectly at home in a chaotic place like this.

But, there’s also something that seems broken about everyone – the people sleeping on the floor, the chana chor seller, the tea sellers, the court officers, etc. There’s some kind of sick desperation visible on their faces; I’ve always felt that this reflects the world that they come from. And that is the world of scarcity. I think, deep within, they are driven by the urge that drives so many others – the urge to just grab and hold on to whatever comes in their grasp. A certain kind of greed, so to speak. Whether it’s a place in the elevator, some area on the floor where one can sleep or when it’s a client in trouble. And I unfailingly feel that although it’s not so clearly visible to the naked eye, there’s something about these people that is so beyond repair, that it makes me think that the general mass of India is a lost cause. The drudgery over here is a reflection of absolute hopelessness.

All of this is within an established public institution that is an integral part of the polity. On the face of it, this place has an important function that it performs – the delivery of justice. But the little I have seen has convinced me that all of it is a farce. A typical example is that of a hostile witness; a person who has seen their neighbour get murdered would initially make a statement of truth to the police. By the time they appear in the witness box, they are either coerced or bribed into delivering a false narration. As a matter of rule, the court has to take their word for it when they are in the witness box.

Sometimes, it’s also the case that the police concoct a statement so that they can make a case. If one were to sit through a proceeding, they could tell that there is some falsehood prevailing in the courtroom. They can tell that the judge knows. They can tell that everyone else present in the courtroom knows, too. Maybe they can’t put their finger on what exactly is it that the lie is. But they can see it in the subtle smirks exchanged between a criminal and his advocate. They can hear it in the soft sniggers that are audible when a defence advocate destroys the character of a witness and along with it, their credibility, too.

To spot this drama, one just needs to have their eyes and ears open. If one were to sit in one of these musty courtrooms, one might every now and then, get a glimpse of everything that’s wrong with this place. In addition to just the lies that are spoken, there’s also evidence of half-hearted efforts that’s visible in the objects within a courtroom. There are piles and piles of forgotten files, lumped in one corner to eat dust. The chairs look like they’re at least a couple of decades old. The fans are creaking. The suits worn by advocates are dirty; most can’t frame a line in English, even if their lives depended on it. It’s quite often the same case with the judges.

But, in the midst of all of this, there are also some peculiar characters that I came across. One that stands out was a liftman who liked to sing. He seemed to be in a world of his own. I thought that because in a place like that, it’s virtually impossible to not be annoyed and smile as gently as he did. While he sang, he wasn’t present with us, in the elevator. Sure, he did press the buttons and all. But he was lost in his song, once he started. It seemed like he was living the lyrics – the sad parts would make his eyes wet and the hopeful bits made him nod and smile. He somehow seemed to be immune to the melancholy of the place. And that had me hooked. I didn’t get off when the floor I’d to go to was reached. I got off, a minute later, on a different floor, when he’d stopped singing. Amongst everything and everyone I saw there, he stood out because he was the only person there who’s entire being was surrendered to something, even though only momentarily. Regardless of how immaterial or inconsequential the activity might seem; he had just given his self to it.

It was this common, yet other-worldly being that made me reflect on the void within everyone around me. Maybe, the chaotic state was because we collectively hadn’t ever lost ourselves to something. Anything.

Probably, that was where evil took birth. That was probably why everyone at court was always scared and appeared broken to me. This was what was missing. 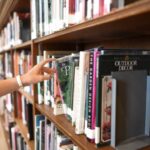 How can Law Universities provide innovative and creative assignments to law students to improvise their legal skillsets? 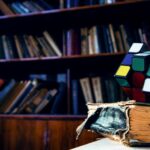