CLAT, since its inception, has been held on the second Sunday of the May. This year, CLAT was supposed to be conducted on 10th May, which was a few days before you are even reading this. However, the global pandemic Covid-19 has caused a delay in the test and the tentative date for CLAT 2020 now is 1st July. The students preparing for CLAT are preparing for the test all by themselves or they have to rely on the online resources for the preparation. Lockdown is probably the best time to conduct legal research, study and prepare for the test as it is rather unlikely that there would ever be this abundance of time otherwise. While the exam is anyway going to be conducted, sooner or later, here are some tips that students can use which will come in handy while preparing for CLAT. Here is how students can make the most out of their time while preparing for CLAT:

Organised structure of study: Most students simply start with whatever book or section they pick first or like the most and keep on working on that particular section only. While preparing for a competitive exam, where even the points following the decimal can make or break the case, an organised structure of study is a must. If one section doesn’t carry as much weightage as the other sections, it is advisable to not invest majority of the time in that particular section. Student must set daily targets and devote time to each section in proportion to the weightage that section carries in the test.

3. Maths does not bite! : It is a common observation that students tend to refrain from practising Maths. Maths is 10% of the total paper and leaving behind 10% of the total paper unsolved is nothing but a suicide attempt. Rather than cramming up the entire Maths textbooks, one can simply just prepare for Arithmetic and Algebra as most of the questions asked in CLAT from Maths are from these concepts. Even if 60% of the questions are asked from these two concepts, it is a brilliant ‘9 out of 15’ in Maths, which is any day better than a ‘0 out of 15’ in Maths. A 9 mark improvement can change the merit list significantly.

4. Take as many Mock Tests as possible: Last, and the most important tip is, solve as many mock tests as you can. Only by taking Mock tests can one figure out one’s strengths and weaknesses. Mock tests prepare one for the real student and the analysis of these Mock tests helps one understand what the perfect strategy to attempt the paper is, which section needs more work and which is sufficiently prepared and what were the mistakes that can be avoided. Coaching institutes and previous years’ toppers focus on this point the most.

There are still a few days left for CLAT and if these points are implemented and practised while preparing, the chances of acing CLAT can boost greatly. 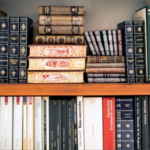 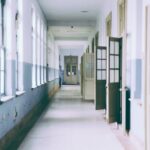